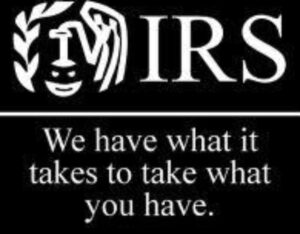 On April 22, 2020, in a statement made by email to a tax reporter, the IRS announced an extension of the due date to respond to its letters of inquiry to certain micro-captive insurance participants. The original May 4, 2020, due date set forth in IRS Letter 6336 has been automatically extended to June 4, 2020, due to the ongoing COVID-19 pandemic.

The IRS statement urges business owners to call the IRS hotline phone number contained in the letter if they need time beyond June 4 to provide a written response. The IRS previously announced the mailing of time-limited settlement offers for certain taxpayers under audit who have engaged in micro-captive insurance transactions.

A signed penalty of perjury statement is a statement identifying the last tax year in which the taxpayer claimed deductions or other tax benefits from micro-captive insurance premiums; and if applicable, the date the taxpayer ceased participating in the micro-captive insurance transaction.
Letter 6336 also encourages taxpayers to consult an independent tax adviser before filing 2019 income tax returns and to consider amending past returns to remove improperly claimed deductions or other tax benefits.

If taxpayers are still claiming deductions or other tax benefits from micro-captive insurance transactions, they must continue disclosing such participation by filing Form 8886, the Reportable Transaction Disclosure statement, with their income tax returns.

Letter 6336, which originally set a May 4, 2020, deadline to provide a written response, the letter warns that if the recipient of a Letter 6336 fails to respond by the due date, the IRS may refer the taxpayer for examination. Examinations may result in a full disallowance of claimed micro-captive insurance benefits and imposition of applicable penalties and interest.

These letters follow IR-2020-26, which on Jan. 31, 2020, announced new IRS enforcement activity in this area. In that announcement the IRS reported that nearly 80% of taxpayers who previously received offer letters had elected to accept the settlement terms. In addition, the IRS established 12 new examination teams to open audits related to thousands of taxpayers impacting micro-captive insurance transactions.