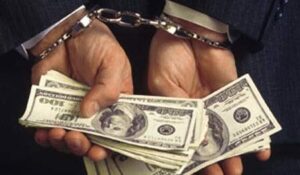 Shortly after the Internal Revenue Service once again warned taxpayers to steer clear of unscrupulous promoters selling abusive micro-captives. It is part of the IRS annual Dirty Dozen listing. The IRS Large Business and International (LB&I) Division touted the success of its partnership with the Small Business/Self-Employed Division in carrying out the micro-captive campaign.

The US Tax Court handed the IRS its third straight victory involving a small captive structure in Syzygy v. Commissioner. Six days after the Syzygy opinion was issued, LB&I announced the initiation of a “Captive Services Provider Campaign” aimed at ensuring US multinational companies pay their captives no more than arm’s-length prices.2 The IRS is clearly moving quickly to address tax compliance issues in the captive world.

The IRS has now obtained victories in cases involving both forms of small captives electing tax-exempt status under § 501(c)(15) and captives electing to be taxed only on investment income under § 831(b). With each victory in court, the IRS has succeeded in highlighting problematic program design features and implementation missteps. Going forward, IRS revenue agents and appeals officers will likely look to the deficiencies identified in the case law in resolving captive controversies.

Lance Wallach receives hundreds of calls annually to help people fight the IRS and get their money back from the promoters of these scams. As an expert witness, Lance’s side has never lost a lawsuit. Google Lance Wallach and your advisor, who do you trust?