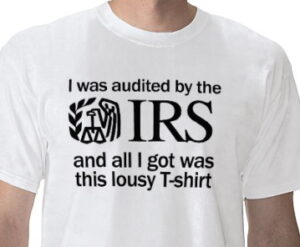 audits The IRS announced its plan to mail settlement offers to a maximum of 200 taxpayers under audit for their participation in micro-captive insurance arrangements which the IRS considers “abusive” and in violation of tax laws. Only those who receive settlement offer letters are eligible for the current initiative. The IRS says that the offer could be offered to others later.

The agency will continue to audit those that reject the offers, subject to tax assessment and available penalties. These taxpayers will not be included in “future settlement initiatives.”

The IRS elected to make the current offers after it was successful in three cases in U.S. Tax Court plans to continue to “vigorously pursue” suspicious micro-captive transactions, which have been on the “Dirty Dozen” list of tax scams since 2014.

What is a micro-captive insurance arrangement?

The structure of these arrangements is subject to abuse of tax benefits when the small insurer is treated as a micro-captive but does not really function as an insurance company. In other words, tax avoidance can happen when the insured business gets deductions for premiums and the captive insurer pays taxes only on investments, but the insurer is more like a sham entity not functioning as a real insurance company would.

In addition, the arrangements may come under IRS scrutiny when the business that pays insurance premiums to the micro-captive insurer turns around and takes loans or other financial benefits from the captive entity. Another red flag can be premiums that are much higher than the market dictates. Sometimes the IRS looks more closely when a third party like an accountant or financial planner makes the arrangements.

Another area of potential IRS interest is when the involved parties fail to report certain related transactions as required by law. Failure to accurately report can bring large financial penalties.

The use of micro-captive insurance arrangements is common with many large companies using at least one currently and participation increasing among smaller businesses, reports the Insurance Journal.

According to the IRS, there are about 500 cases in the court system dealing with micro-captive insurance issues. Anyone with this kind of arrangement or considering one should get advice from an attorney to be sure that it is compliant with tax law and for advice about how to report transactions and handle related income tax issues.

Anyone already embroiled in an audit or dispute with the IRS over a captive insurer issue should also seek experienced legal advice. A tax lawyer may be able to negotiate an acceptable arrangement with the agency or have other proposed legal resolutions.