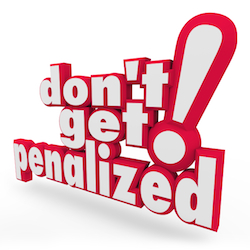 Just a few years ago, captive insurance companies were a hot news item in the arcane world of abusive tax shelters.. Group Captives

If you created a cell captive as a property and casualty loss management tool, it’s probably legitimate. If you “bought” an off the shelf captive from a promoter who promised tax savings, there is a good chance you own an abusive tax shelter.

After the initial wave of fraud and audits, many of the bad promoters went away. New reports suggest that captives are again making a comeback. And with the next generation of captives will come the inevitable fraudsters looking to catch a free ride on the resurgent popularity of these products.

The IRS issued a bulletin to give guidance on these products including whether premiums can be deductible as insurance costs. The IRS says there must be adequate risk shifting and distribution to be considered “insurance.”

The scam promotions typically offer to shelter a large sum of money by calling it an insurance premium. The premium is usually the same dollar amount as the deduction you seek. The promoter offers “insurance” on a highly improbable risk. Hurricane insurance in Nebraska, anyone? Magically, you get a big deduction and in a few years you are promised the ability to get back your money in the form of a “premium refund” or dividend. Sound familiar? You probably purchased an abusive tax shelter.

If you think that you have one of these products, seek legal help immediately. First, the premiums in bogus captive insurance companies or cell captives are not deductible. That has significant tax implications and likely involves big civil penalties too.

Because the IRS views many of these schemes as abusive tax shelters, there are special penalties that apply. If the IRS finds that your captive insurance resembles an illegal welfare benefit scheme (sometimes called 419 or 412 plans), your plan might be considered a listed transaction subject to penalties of $100,000 or more per year.

Another danger is that in many of the cell captive frauds, the money is simply not there when you go to cancel the policy and seek a refund of premiums.

It’s not always promoters who sell the bad plans. We know of otherwise honest insurance agents and even accountants who were roped into selling these products. Many promoters lure agents into their scheme by offering legitimate looking “legal” opinion letters and slick marketing materials.

If an agent or accountant sold or recommended the plan, you may still be able to recover your damages if the promoter – and your money – is long gone. (Insurance agents love these plans because they usually pay above average commissions – another red flag.)