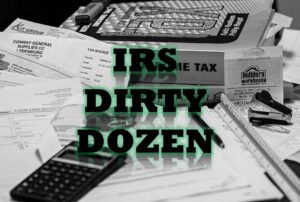 Since the time when micro-captive insurance companies were placed on the IRS Dirty Dozen list of tax scams, it has also been identified as a transaction of interest.

The IRS continues to expand its enforcement efforts of what it views as abusive micro-captive insurance arrangements.

A new IRS Notice 6174-A which states that the IRS clearly sees noncompliance on virtual currency transactions as a threat to the tax system.

As if the onslaught of recent losses in Tax Court was not enough, investors in syndicated conservation easements now have more to worry about.

The Senate Finance Committee released a bipartisan report condemning syndicated conservation easements as abusive and therefore encouraging the IRS to take further action to ferret out such abuse.

Lance Wallach has received hundreds of calls in order to help citizens fight the IRS on this subject and help sue the promotors of easement, captive, and cryptocurrency plans.

Your advisor! Who do you trust?